In 1967, Joan Ganz Cooney, an American television producer, took note of the overwhelming amount of children that were able to memorize and recite advertisement jingles from their abundant repetition on television. When discussing this observation in a dinner party with psychologist Lloyd Morrisett, a crucial question was posed: "Can television be used to educate children?" Seeing this as a great research opportunity, Cooney took action and gathered with a team of psychologists and early childhood educators to begin conducting research.

Under the name of the non-profit production company, Children's Television Workshop, it was suggested that to keep the constant attention of young children, fast-paced, flashy, and comedic visuals would be needed. Well known for his slapstick-style and humorous commercials of the 1950s, puppeteer Jim Henson (primarily puppeteered Kermit and Ernie) was approached about working for CTW and contributing to the show with his innovative puppets, which differed greatly from that of the typically used marionette. After some hesitation (puppetry already had a reputation for being an artform solely for children), Henson obliged and by 1969, he began creating content for the show, which would later be dubbed Sesame Street. On November 10, 1969, the first episode of Sesame Street would air. It proved to be a massive success for CTW and a great feat in children's education through television.

Thanks to the extensive amount of research, effort, and testing put in by the show's dedicated staff, Sesame Street is widely known for its immense impact on children's educational television. For 50 years (as of 2019), Sesame Street has been educating children worldwide on their ABC's, 123's, kind relations, health, cultural acceptance, and much more. I'm so happy to have grown up with this show and its eccentric cast of characters. ❤ Here's to hoping it will continue to educate generations of children for years to come! ❤

Why I Love Sesame Street

Despite Sesame Street's target audience being 3-5-year-olds, there are tons that still love to reminisce in the nostalgia that comes with re-experiencing one of their favorite childhood shows and the memories all they associate with it.

Aside from the nostalgia aspect, I love the humor used in Sesame Street episodes from the 70s-90s! The characters would interact in a way that preschoolers could comprehend, while still being humorous enough for both children and adults to laugh with. This is why I especially love Bert & Ernie sketches (Fun fact: Jim Henson and Frank Oz never really kept the fact that they were puppeteering for children in mind while performing Bert & Ernie. They were just having fun, doing their own thing c: ) from this early era. ❤

Because of the target demographic for Sesame Street continuously getting younger, I always feel hesitant to share my interest in it. I feel like many people initially think it's unusual to have an immense interest in the Muppets, let alone Sesame Street. Despite this, I've come to realize that this is just another interest that I treat like any other. I love learning about its long history, puppeteers, and character interactions. There's 50 years worth of content, songs, and stories to explore, which just makes it all the more interesting to me. Regardless of Sesame Street being for children so young, there's nothing wrong with having an interest in it. I take it as being interested in any other kind of media made for children, as the level of interest is the same. Being aware that hundreds of others share the same interest makes it a bit easier for me to express my appreciation for Sesame Street. ❤ Even more so, having places like the Muppet forums and news sites to discuss Sesame Street makes me realize that it's completely fine to be interested and share my interest with others. It's ok to have a genuine appreciation and interest in something for a younger audience, no matter how old you are! ❤


Some of my favorite songs: 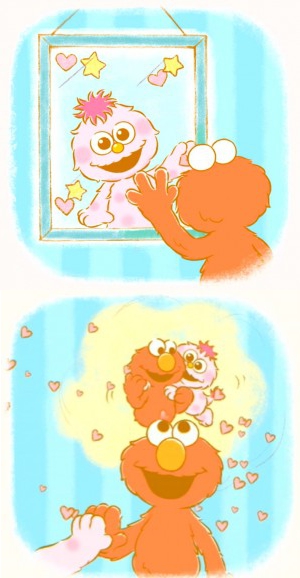 SesmaeStreet.org - Official Sesame Street US website with games and activites